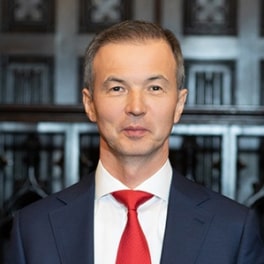 Mikhail Andronov graduated with honors from the Faculty of Molecular and Chemical Physics of the Moscow Institute of Physics and Technology, has a master's degree in natural sciences majoring in physical gas dynamics.

Since 2003 to the present, he has been holding the positions of General Director and President of Rusenergosbyt LLC.

Mikhail Andronov is a deputy head of the supervisory board of non-commercial partnership “Energy Consumers Association”, an acting member of the supervisory board of NP “Guarantee Suppliers”, a deputy head of the Energy Committee of the Russian Union of Industrialists and Entrepreneurs, a member of expert council in the energy sector of the Federal Antimonopoly Service of the Russian Federation. 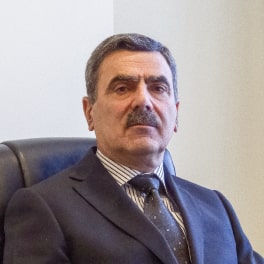 In 1979, he graduated from the University of Pisa with a degree in Mechanical Engineering.

Mr. Luzzio is a highly qualified specialist as he has been working in the energy sector over 40 years.

In 1981, he started his career in the field of nuclear power plants operation in the Enel Group. Later on, he successfully held a number of positions in the management of power plants, electricity production, and fuel sector.

He has been the First Deputy General Director of Rusenergosbyt LLC since June 2014.

Giuseppe Luzzio is honored with the Commendation of the Ministry of Energy of the Russian Federation for his great personal contribution to the development of the fuel and energy complex and long dedicated service.

If you have become aware of any pending or committed illegal actions or other illegal facts related to the activities of Rusenergosbyt LLC, please contact us immediately.